The findings haven’t been disproved, but ABC Catalyst is under review and reporter Dr Maryanne Demasi suspended after reporting on EMF radiation health risks

The TV series Catalyst from the ABC, featured a program in 2015, by Dr Maryanne Demasi, ‘WiFried’, about the dangers of mobile phones and Wi-Fi use (the aftermath of which, we at GEOVITAL, deal with on a daily basis). Lifting the veil that has been pulled over the eyes of so many, that live under the belief that radiation exposure from these devices is perfectly safe.

The program brought about much criticism from ‘scientists’ stating the radiation IS perfectly safe and Catalyst came under fire. The internet copy of the program remained accessible online and must have been a real eye sore for those promoting the believe that EMF is safe. Just imaging the financial liabilities governments, manufacturers, schools and employers would face, if it became accepted that EMF radiation is potentially damaging and using wireless devices can have health consequences… Lots of money to loose, that is for sure.

Some time has gone by now and surprise, surprise… the program is now being removed, Catalyst is under review and Dr Maryanne Demasi suspended.

The official line on the ABC website states: ‘The ABC’s independent Audience & Consumer Affairs (A&CA) unit investigated complaints about the program and found that it breached the ABC’s impartiality standards by unduly favouring the unorthodox perspective that wireless devices and Wi-Fi pose significant health risks.’

When Catalyst ran a program about how wonderful the implementation of Solar Power on a home is, and failed to investigate the health issues many people are suffering of those (they CAN, depending on components used, also produce electromagnetic fields and dirty electricity) there was no uproar about it being impartial. We can only hope that other programs promoting the safe use technology will be scrutinized just as much… but I doubt it, don’t you?

Not the first time Dr Maryanne Demasi was proven RIGHT 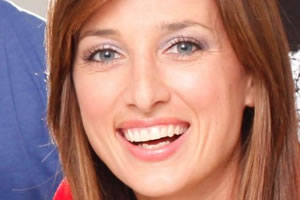 Dr Maryanne Demasi by the way, created an excellent program in the past called ‘the heart of the matter’. In the programs it was shown that there was no link between saturated fat, eggs, meat and dairy, and cardiovascular disease. She also expressed the view that statin drugs are being over prescribed, which was no surprise. Dr Demasi was widely criticized by the ‘establishment’ and the ABC also had to withdraw the series and also apologize for the findings… (sounds familiar?)

A year after Dr Demasi released the program, Cambridge university released a study conducted amongst 600,000 patients which demonstrated there is NO LINK between saturated fat, eggs, meat, dairy and cardiovascular disease!

Journal of the American College of Cardiology commented on a study done over 5000 people considering a period of 10 years, which showed that 77% had high cholesterol and therefor fitted the criteria to be prescribed Statin drugs but it was of NO BENEFIT  due to the fact that half of them had a zero calcium score. (Listen to Cardiologist Dr Ross Walker comment on this)

These studies proved Dr Maryanne Demasi was RIGHT in what she reported on… Eventually, the same will happen here again with EMF radiation.

In the meantime, our thoughts go out to Dr Maryanne, who has taken a serious personal hit for reporting on something worthwhile. I’m sure it will have made people think, and even though the program is removed, some people will now be more careful with phones and Wi-Fi as a result of her efforts. Also those who produced and featured in the program are to be commended for ‘reporting’, which is something we don’t see much of anymore.

Leonard has been working with me this year to make, primarily, my sleeping area a tolerable space for me to be as I have fibromyalgia and various chronic pain syndromes and my increasing electro-sensitivity was preventing me from gaining the replenishing quality of sleep that would help keep my symptoms under better control. Following the initial survey, the steps he recommended (which included mats under the bed and a circuit cut-off switch) so vastly altered our sleep environment that even my … END_OF_DOCUMENT_TOKEN_TO_BE_REPLACED

Seven years ago at age 70 I moved into a ground floor apartment in a lovely converted old house. I had a survey done and knew that there was underground water present but no likelihood of flooding. This was important as there was an access to a cellar under the property which was open to the elements. Between ages 60 to 70 I had not needed to see a doctor as I was working full time in the movement profession teaching 18 Pilates classes a week and monitoring the health and fitness of 250 pup… END_OF_DOCUMENT_TOKEN_TO_BE_REPLACED

We are so glad to have had our Home Health Assessment. Jeremy was very good at explaining what everything meant and very impressive with his skills. It feels very different sleeping with the electrical circuits off at night. Peaceful and restorative. It was fascinating to see where the optimal positions were for sleeping. The children have stopped having accidents in their beds and have slept through most nights. We are renting at the moment but for us a Geovital Home Health Assessment will be a… END_OF_DOCUMENT_TOKEN_TO_BE_REPLACED