GEOVITAL in Austria has been transformed into a hive of English-speaking activity ever since the inaugural English Geobiology workshop held in 2014, which will now be held annually.

Geobiology training in English is available at our school in Mexico; the school in Melbourne, Australia; and in Hastings in the UK. Despite this, many students take it upon themselves to travel great distances to Sulzberg. This is the place where Geobiology has its origins and where the core 300-strong GEOVITAL consultant team has its base.

Participants at the 2015 English summer workshop were:

Instructors at the 2015 English summer workshop were:

As always, in July we enjoyed superb weather. The participants had lots of fun, were hungry for knowledge, and wanted to know everything about Electronic Pollution and Geopathic Stress.

Everyone involved was interested to learn about the radiation related problems that countries like Kuwait, the United Arab Emirates and Oman are struggling with. Awareness concerning the radiation dangers of directional transmitters has clearly arrived there. Most people were surprised however, to find that the subject of Geopathic Stress was also one of the main subjects of interest. 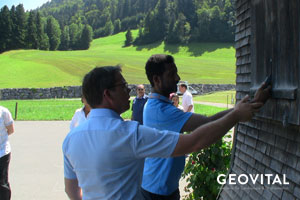 Nawaf Al Mughairi runs a large health centre in Muscat. He told us: ‘Just because it is very dry where we are, doesn’t mean that we don’t have water veins. People would be surprised to learn just how many are found there. They are just deeper, but they cause the same problems. We get a lot of requests for bedroom assessments and radiation protection. Because of the exceptional quality and extremely high level of customer satisfaction we experience with GEOVITAL products, we want… or rather, we must expand on the portfolio of GEOVITAL solutions that is available to our patients. We have already set up our entire second floor as a display area for GEOVITAL products, including mattresses, circuit cut-off switches, GPA mesh, T98 shielding paint and geopathic stress solutions. Yet, it is still not enough! We have so many people over the floor. In our country, people want quality; and that is what GEOVITAL products give them.’

Nawaf’s words are a nice acknowledgement for the GEOVITAL product development team. It reinforces the ‘different focus’ that GEOVITAL has.  At GEOVITAL, it is not so much about a cheap price and volume turn over. Rather, it is more about what a product can do for people that is actually important. At the end of the day, people want solutions and not experiments.

Quality is more important than a lower price. 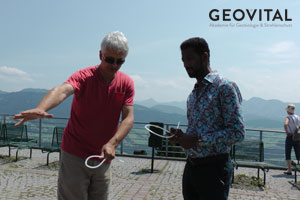 Developments in Canada are also very exciting. Michelle Garrell reported a huge increase in awareness among the population and in the media about the correlation between radiation exposure and cancer cases. ‘People are slowly waking up’, she said. The signs are so obvious, and it can’t all be a coincidence… ’

The same reports came from Krasimira Staneva, Professor of Geology at the University of Sofia. She states: ‘In Bulgaria, there are ongoing government investigations into these issues, which I am also involved in. People speak a lot about GEOVITAL and that is why I am here to get more support.’

Everyone has their own story, their own concerns, and the need to exchange ideas.

This is how we can make a difference–by bringing together people with a variety of experience and expertise. That is the GEOVITAL way… and that is how we like to work.

We are already waiting in eager anticipation to see what fine people will come together as a group for the English Geobiology workshop in Sulzberg in July 2016. Even though we are in the mountains, people make their way here and find us time and again. And they love the area, the country, and the wonderful people they meet. We hope you can join us too!

Goodbye for now… see you next year in Sulzberg! 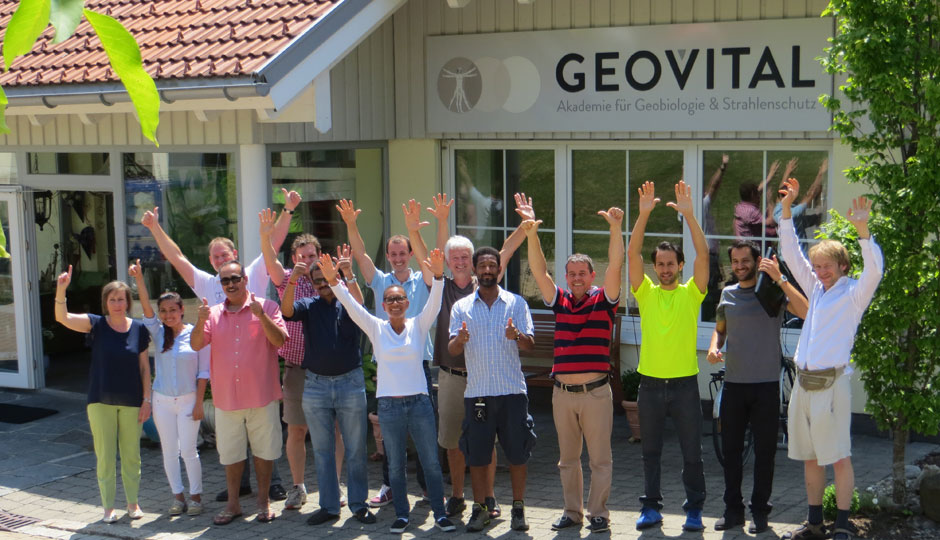 VIDEO: The experiences of students of this year’s English radiation assessment workshop

VIDEO: Impression of the Geobiology workshop done in the UK last June 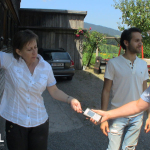 Radiation from internal wiring is still the biggest problem. Here the dynamics with timber are demonstrated. 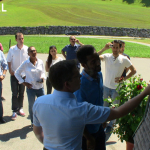 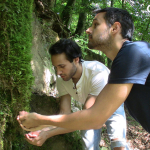 Water from a water vein, located by the students that same morning, becomes a nice refreshment. 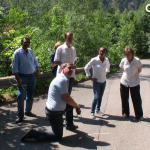 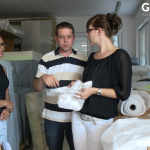 NOVA shielding fabric and other shielding solutions are shown in the GEOVITAL manufacturing area.

Practice in investigating one of the types of radiation typically found in most homes. 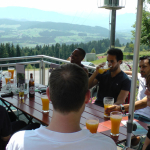 Students enjoying enjoying a nice lunch after a field trip. 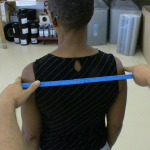 Measuring the body for a customised mattress is being shown. 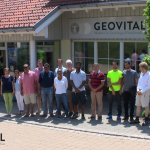 Students of the 2015 GEOVITAL Geobiology workshop. 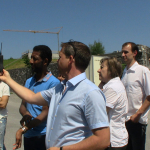 We don’t just talk about radiation, we show you too. 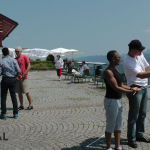 Geopathic stress detection takes a bit of practice to master. The instructional team is close by to assist. 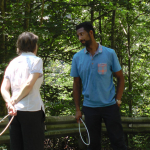 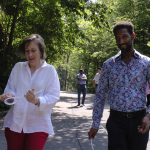 Even the skeptics get the hang of it. 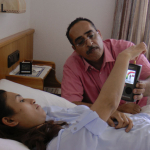 Bedroom radiation assessment involved taking measurements, but then the causes need to be investigated.

About the Author: Bianca Hahnen

Biance studied folklore and has been involved for many years with the image that Geobiology has in the community. She has published several papers and essays, and works in the Geovital Academy as a scientist. Her motto: “Everyone always thinks about the sick people, but no one thinks about children… Especially they are in need of radiation protection especially in relation to telecommunication transmissions.”

Leonard has been working with me this year to make, primarily, my sleeping area a tolerable space for me to be as I have fibromyalgia and various chronic pain syndromes and my increasing electro-sensitivity was preventing me from gaining the replenishing quality of sleep that would help keep my symptoms under better control. Following the initial survey, the steps he recommended (which included mats under the bed and a circuit cut-off switch) so vastly altered our sleep environment that even my … END_OF_DOCUMENT_TOKEN_TO_BE_REPLACED

Seven years ago at age 70 I moved into a ground floor apartment in a lovely converted old house. I had a survey done and knew that there was underground water present but no likelihood of flooding. This was important as there was an access to a cellar under the property which was open to the elements. Between ages 60 to 70 I had not needed to see a doctor as I was working full time in the movement profession teaching 18 Pilates classes a week and monitoring the health and fitness of 250 pup… END_OF_DOCUMENT_TOKEN_TO_BE_REPLACED

We are so glad to have had our Home Health Assessment. Jeremy was very good at explaining what everything meant and very impressive with his skills. It feels very different sleeping with the electrical circuits off at night. Peaceful and restorative. It was fascinating to see where the optimal positions were for sleeping. The children have stopped having accidents in their beds and have slept through most nights. We are renting at the moment but for us a Geovital Home Health Assessment will be a… END_OF_DOCUMENT_TOKEN_TO_BE_REPLACED