Cell phone tower radiation from the manhole cover at your feet

As a result of an increasing number of users of various apps (small programs on smart phones), the volume of data and broadening of data requests, has increased to levels never considered possible.

Dietmar Hohn, IT specialist from Wolfurt explains: ‘Today, people are using a variety of different small apps on their smart phones. These can be communication tools like Whatsapp, Twitter, or apps to help in everyday tasks – Many of these apps are running in the background and constantly receive and send data. The sailors here on Lake Constance for example, use a variety of weather apps. Some of these programs update their weather report every 5 minutes. All this activity obviously requires a lot of data to be moved around.’

The hunger for data was increasing even before Pokémon go 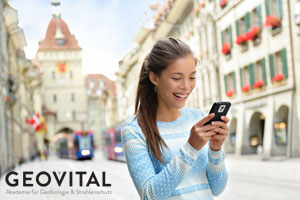 Also the new trend Pokémon go sucks up large quantities of data. Some players complain that on some days the internet connection is so bad that is leads to game interruptions. Especially many young people have discovered the Pokémon go game as a way to spent their free time.

Popular programs like Whatsapp also contribute significantly to this amount of data with the uploading of photos, and above all, videos.

The amount of data consumed by the smart phone users by surfing, streaming and downloading, doubles approximately every 12 months. In order to meet the hunger for data, in particular to satisfy demand in the urban and pedestrian areas, mobile telephony operators and antenna manufacturers are looking for new transmission possibilities. For this reason mobile operators are aiming to supplement this restricted flow of data through several smaller transmission cells, so called micro cells. In addition to light masts, street lanterns, transmission lines installations and advertising pillars, we now see street surface manhole covers used as transmission points through in-built antennas. 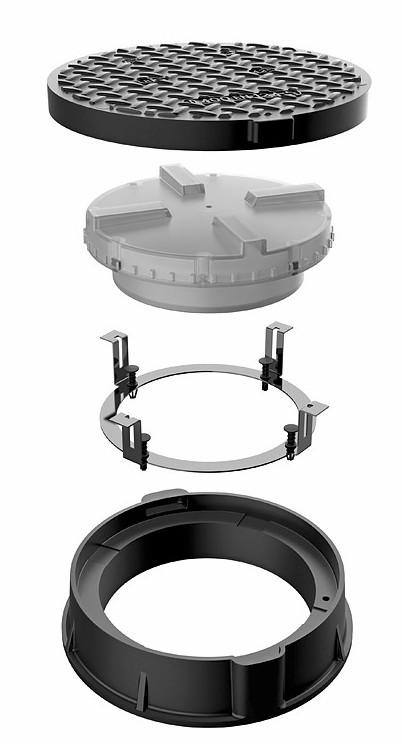 Kathrein developed a ground-mounted antenna called the Kathrein StreetConnect which will be up to the task. The manhole cover consists of one unit with four antennas, which function according to the Mimo-principle. Mimo stands for “Multiple Input Multiple Output” and is a practical technique for sending and receiving more than one data signal simultaneously over the same radio channel by exploiting multipath propagation. A special challenge was to construct the antenna and its mount, so that it withstand the insensitive vibrations of the everyday road traffic.

The antenna unit (white) is placed under a round manhole cover. This is not made of metal, but made of a special plastic, which also withstands the heaviest of loads passing overhead. The metal and black plastic ring serve as the mechanical connection to the road surface. The whole unit is directly installed near an existing cable shaft to tap into the existing landline infrastructure. Swisscom developed the concept of the micro cell, used Ericsson as network supplier and Kathrein for the antenna solution.

The manhole cover can be selected based on the shortest and best connection to the electricity network and telephone network for data transmission. The electrical and communication cables can also easily be brought to the manhole cover using existing underground pipes and passage ways. It is not necessary to find a house roof and to carry out lengthy and expensive negotiations with its owners, to set up new mobile phone transmitter points all over the city. The city, with is usually tight financial restrictions, instantly becomes a grateful partner in the implementation of these devices.

These high powered transmitters, camouflaged as manhole covers, are of course not perceived by anyone as cell phone (tower) transmitters. The resident is not even aware of the fact that in front of his home or in the immediate vicinity, a mobile phone radio antenna is hard at work pumping radiation into the environment. Lengthy and costly debates, arguments and court proceedings are cleverly avoided by people simply not being aware of what is around them and what may be causing or worsening their health issues.

You can see that there is no limit to the ideas and abilities of industry and there will always be new ways to fill our environment with microwave radiation.

GEOVITAL recommends here, as it has always done: Please, let your sleeping environment, and specifically your body whilst laying in bed, be assessed for high frequency radiation levels.

Ignorance does not protect against health damage

The sooner you protect your bedrooms and nursery, the better it will be for you and your family…

You have to see it to believe it…

Funny video made for Halloween 2016

Leonard has been working with me this year to make, primarily, my sleeping area a tolerable space for me to be as I have fibromyalgia and various chronic pain syndromes and my increasing electro-sensitivity was preventing me from gaining the replenishing quality of sleep that would help keep my symptoms under better control. Following the initial survey, the steps he recommended (which included mats under the bed and a circuit cut-off switch) so vastly altered our sleep environment that even my … END_OF_DOCUMENT_TOKEN_TO_BE_REPLACED

Seven years ago at age 70 I moved into a ground floor apartment in a lovely converted old house. I had a survey done and knew that there was underground water present but no likelihood of flooding. This was important as there was an access to a cellar under the property which was open to the elements. Between ages 60 to 70 I had not needed to see a doctor as I was working full time in the movement profession teaching 18 Pilates classes a week and monitoring the health and fitness of 250 pup… END_OF_DOCUMENT_TOKEN_TO_BE_REPLACED

We are so glad to have had our Home Health Assessment. Jeremy was very good at explaining what everything meant and very impressive with his skills. It feels very different sleeping with the electrical circuits off at night. Peaceful and restorative. It was fascinating to see where the optimal positions were for sleeping. The children have stopped having accidents in their beds and have slept through most nights. We are renting at the moment but for us a Geovital Home Health Assessment will be a… END_OF_DOCUMENT_TOKEN_TO_BE_REPLACED