Why Is ‘Wi-fried’ getting fried?

A few weeks back, on Tuesday night the 16th of February, ABC Catalyst broadcasted a story on the danger of wireless radiation showing both sides of the argument and confronting its viewers with research facts that normally hardly gets the light of day. Within a week, a concerted effort seems to have arisen to discredit the program and everyone involved, and once again sedate the masses that radiation exposure is perfectly harmless. Media Watch tried to dismiss the program by Dr. Maryanne Demasi, as simply biased and unbalanced. The SBS TV channel website publishing an article how warning people about the potential dangers posed to children is fear mongering. In this article a stab is also placed towards our report of the radiation produced by ‘Hello Barbie’.

‘Experts’ are coming out of the woodwork to counter the awareness created by Catalyst’s Wi-Fried program, and one should ask: 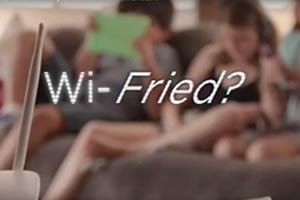 Why is it, that when a belief (Wi-Fi is safe) is questioned, those raising the concerns must be attacked and discredited?.. Why the show of force? Why the poor manners?

The program ‘Wi-fried’, has made sure that many people in our communities are now again talking about the potential dangers of wireless radiation (EMF) and how it could affect health. Are we indeed being Wi-Fried?

This short documentary showed us the following things:

When the safety standards are exceeded, can we then not speak of being Wi-Fried?

TV program Media Watch one week later lashed out against the program calling it biased, unbalanced and even quoted several comments from other “experts”, going as far as using words like ridiculous. Arguments were brought up that there was not given enough time to hear the other side of the story and that there was only one person interviewed instead of six.

Media Watch never complained when the roles were reversed with last year’s program “Is wifi technology damaging our health?” in which the conclusion of the program was that radiation can’t do any harm, BUT the fear for radiation definitely could (In other words, it was all in the head). In this broadcast no science was shown of the then opposite view that radiation is harmful. Talking about one sided… 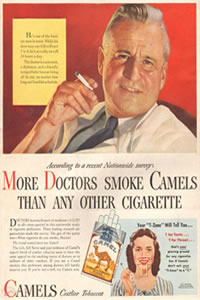 But wait a minute, haven’t we been here several times before? Doesn’t this all sounds TOO familiar for those who know the past?

Radiation however, has already been classified by the World Health Organisation as a carcinogen 2B since 2011… 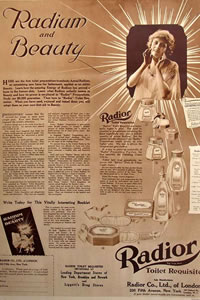 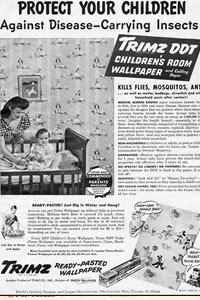 Why are we still hesitating and why do so many in the industry get so fanatic? Could it be that the documentary “Merchants of Doubt” speaks the truth when it says that every day an industry can keep spreading doubt, it can keep selling its products for that day despite the hazards? Is that the reason why some hazardous products took decades to be banned while millions of people had to suffer in the mean time?

Coming back to the issue of radiation exposure:
ARPANSA cannot provide guarantees of safety, as they would be liable for it, if later it was demonstrated to be incorrect. The same way asbestos was considered safe for so long. One has to wonder though… as government policies are justified by the recommendations from agencies like these… what would the financial ramifications be, if they were to change their opinion? How many homes would have to be condemned for being too close to street power lines if safety agencies recommended lower exposure standards?

Is there a conflict of interest? 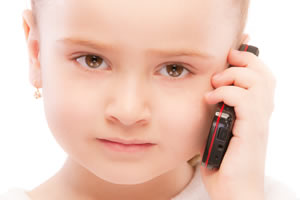 Samsung has now brought out a statement that says: Mobile phones are not a toy! More and more countries are waking up and plenty of countries have now safety limits for radiation exposure that are 100 times lower than for example Australia’s standards. Taiwan brought out a new law last year January that holds parents liable who give a wireless device to their children.

France has banned wifi in nurseries and day care centres and the National Library and all libraries in Paris have removed it all together. The Israel government advises wherever possible wired over wireless. India now tells the Infertility Clinics to advise the men coming in to keep their phones out of their pockets because of the causal effects of damaged sperm.

Despite that all these wireless devices use two way microwave radiation, we still want people to make use of the internet. What we need to learn, is to use this technology in wisdom. Generally, distance is our friend. Where possible I would advice to go back to LAN or wired as there are studies out there of the negative effects of wifi.

Let’s hope people can realise that ‘who screams the loudest, and can rustle up the most experts‘, isn’t always right…
History in relation to Tobacco and Asbestos has made that very clear.

About the Author: John Plansoen

John is a Geobiologist specialising in radiation protection and mattress health. Personal experience in restoring health of close family members by improving the living and sleeping environment has sparked his passion for this field.

Leonard has been working with me this year to make, primarily, my sleeping area a tolerable space for me to be as I have fibromyalgia and various chronic pain syndromes and my increasing electro-sensitivity was preventing me from gaining the replenishing quality of sleep that would help keep my symptoms under better control. Following the initial survey, the steps he recommended (which included mats under the bed and a circuit cut-off switch) so vastly altered our sleep environment that even my … END_OF_DOCUMENT_TOKEN_TO_BE_REPLACED

Seven years ago at age 70 I moved into a ground floor apartment in a lovely converted old house. I had a survey done and knew that there was underground water present but no likelihood of flooding. This was important as there was an access to a cellar under the property which was open to the elements. Between ages 60 to 70 I had not needed to see a doctor as I was working full time in the movement profession teaching 18 Pilates classes a week and monitoring the health and fitness of 250 pup… END_OF_DOCUMENT_TOKEN_TO_BE_REPLACED

We are so glad to have had our Home Health Assessment. Jeremy was very good at explaining what everything meant and very impressive with his skills. It feels very different sleeping with the electrical circuits off at night. Peaceful and restorative. It was fascinating to see where the optimal positions were for sleeping. The children have stopped having accidents in their beds and have slept through most nights. We are renting at the moment but for us a Geovital Home Health Assessment will be a… END_OF_DOCUMENT_TOKEN_TO_BE_REPLACED