Type 2 Diabetes Mellitus is one of the world’s rapidly increasing health crisis. Researchers in Saudi Arabia have just made a clear link between exposure to radiation from mobile phone towers and Diabetes Mellitus. 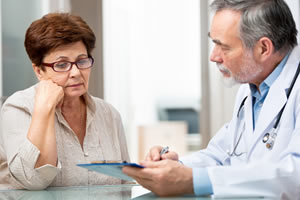 1 in 11 adults have type 2 diabetes mellitus

415 million adults have diabetes, and according to the International Diabetes Federation, this will rise to 642 million people suffering from diabetes by 2040. This means the following:

There are multiple factors contributing to the risks of diabetes mellitus, like obesity (particularly abdominal obesity), lack of physical activity, unhealthy food intake, smoking, stress and depression, as well as sleeping patterns. However, it comes to light now that the ever increasing amount of mobile phone towers in our cities and by logical extension all that wireless technology we are exposed to from personal devices and Wi-Fi at work, at home and from the neighbours, may very well be increasing your chances of or an earlier onset of type 2 diabetes mellitus. 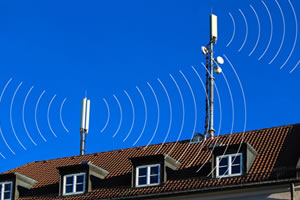 Exposure to phone tower radiation is increasing every year

In the recently published study, which was led by Sultan Ayoub Meo from King Saud University in Saudi Arabia, the effect of radio frequency electromagnetic radiation (RF-EMFR) from nearby mobile phone towers on glycated hemoglobin (HbA1c) in the body and the occurrence of type 2 diabetes mellitus was investigated. 159 students between the ages of 12 and 17 years of age who were spread over two schools, were involved in the study.

Students had been exposed to RF-EMFR for 6 hours per day, five days in a week.

As part of the research, some blood was taken of each of the students and compared for the levels of HbA1c (Glycated Hemoglobin). This is a type of hemoglobin and an important indicator of risk factor for type 2 diabetes mellitus. In relation to diabetes mellitus it has also been associated with cardiovascular disease, nephropathy (kidney disease) and retinopathy (damage to the retina of the eye). 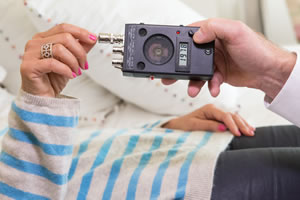 How much better would you feel without high frequency radiation exposure in bed?

It is interesting to consider that these children (like most of us) were of course also exposed to mobile phone tower radiation outside of school, but those levels, for an enormous time period of the remaining 18 hours (!), became an average factor in the lives of all the children of both schools. The fact they were pinned down for 6 hours a day in one radiation exposure ‘situation’ then produced the variation between the two groups found by the researchers.

Doesn’t it then make perfect sense that if the 24 hours of exposure brings on a particular increase in glycated hemoglobin/HbA1c, that a shielded home or at least bedroom would then reduce the average exposure over that 24 hour period?

This is another perfect example that shows that a home, the place where you have control over how much EMF radiation you are exposed to, should provide much needed protection against the ongoing and relentless invasion of phone tower radiation. We all find it normal that a home has a roof and walls to protect us against the elements and to keep thieves out. It is time we come to terms with the fact that qualitative (meaningful) radiation protection should also become a standard feature of any home. A Geobiological assessment, by one of our consultants, can help determine if your home and bedroom exposure could do with improvement.

Radiation-free living and building to future proof a home 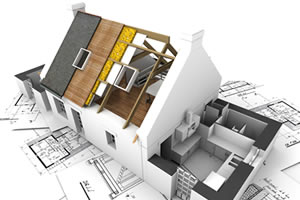 More and more people are taking control and protecting their homes or bedrooms against mobile phone tower radiation and the radiation that can come from various other sources. The internal wiring often being the most prevalent cause of radiation exposure. We also see a trend where people shield their homes or bedrooms preventatively, understanding that this radiation exposure from towers, wifi, smart meters etc. only ever increases as the years go by. GEOVITAL is also involved in providing meaningful radiation shielding for newly constructed homes and apartment buildings. The investment of shielding a whole home against radiation is manageable and often comparable to that of other parts of the home (like a roof) we all consider normal.

When you are ready… or when you’ve had enough… we’d be delighted to assist you.

Leonard has been working with me this year to make, primarily, my sleeping area a tolerable space for me to be as I have fibromyalgia and various chronic pain syndromes and my increasing electro-sensitivity was preventing me from gaining the replenishing quality of sleep that would help keep my symptoms under better control. Following the initial survey, the steps he recommended (which included mats under the bed and a circuit cut-off switch) so vastly altered our sleep environment that even my … END_OF_DOCUMENT_TOKEN_TO_BE_REPLACED

Seven years ago at age 70 I moved into a ground floor apartment in a lovely converted old house. I had a survey done and knew that there was underground water present but no likelihood of flooding. This was important as there was an access to a cellar under the property which was open to the elements. Between ages 60 to 70 I had not needed to see a doctor as I was working full time in the movement profession teaching 18 Pilates classes a week and monitoring the health and fitness of 250 pup… END_OF_DOCUMENT_TOKEN_TO_BE_REPLACED

We are so glad to have had our Home Health Assessment. Jeremy was very good at explaining what everything meant and very impressive with his skills. It feels very different sleeping with the electrical circuits off at night. Peaceful and restorative. It was fascinating to see where the optimal positions were for sleeping. The children have stopped having accidents in their beds and have slept through most nights. We are renting at the moment but for us a Geovital Home Health Assessment will be a… END_OF_DOCUMENT_TOKEN_TO_BE_REPLACED