Previous Next
Doctors and health practitioners warn against electrosmog (EMF) 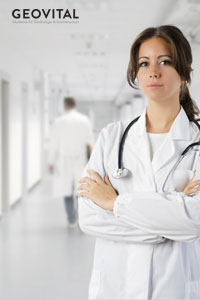 Doctors and health practitioners warn against the effects electrosmog is having on the population.

Ten years ago, out of concern for the health of their fellow man, doctors warned their colleagues, the public and those responsible for health care and politics about electrosmog with a petition called the ‘Freiburger Appeal’. Their appeal, that urgently warned against the dangers of wireless transmission radiation (electrosmog) has been translated into many languages and has since then been supported by more than 1,000 doctors and world-wide more than 36,000 signatories. 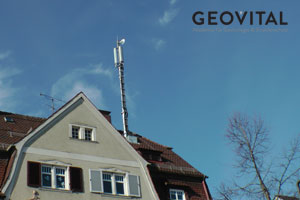 Too many phone towers in residential areas.

Doctors of the „Kompetenzinitiative zum Schutz von Mensch, Umwelt und Demokratie e.V.“ (Competence Initiative for the Protection of Humanity, Environment and Democracy) have once again renewed their efforts with an ‘International Doctor’s Appeal’ because they observed an increase in symptoms in relation to ever increasing closer proximity to the burden of wireless transmissions of the telecommunications industry, cordless phones, W-LAN, Wi-Fi and directional transmitters. Some of the symptoms observed are: 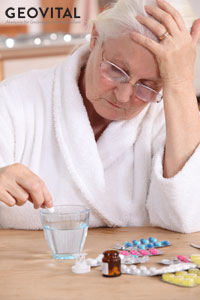 Medication intake must be reduced.

For this reason, the authors of the appeal refer to the seemingly uncontrollable wide-scale exposure of the population to technologically produced electromagnetic fields, as the largest human experiment in our history. What long-term and irreversible effects that this electrosmog exposure may still proof to have had on our and other species, is today not yet foreseeable…

It is just our initial findings and premonitions that lead to some of these effects being investigated and to the repeated public warnings by those who see the effects electrosmog is having on us. The Freiburger Appeal demand from policymakers that precautionary measures are taken immediately.
Bedroom radiation assessments should be compulsory and covered by health insurance benefits.

Especially the issue of blood pressure and cardiac arrhythmias derailments are a cause of great concern for physicians because this group of patients and the use of drugs for them has increased enormously in recent years.

The same is true for our little ones. Daycare centers, pre-school and education institutions are sounding the alarm that the occurrence of ADHD is increasing from year to year. Pediatricians complain that at night the children are not achieving the all-important rest phases in their sleep. Parents are encouraged to create irritation-free conditions in the children’s sleeping environment.

Also in the alternative and complementary medical schools, a home and bedroom assessment for electrosmog is prescribed to investigate the possible effects of electromagnetic pollution. Protection of a home or bedroom against electrosmog is now quick and easily accomplish using quality and high performance products.

It is not the question whether or not in today’s world radiation protection makes sense … it has become necessary! 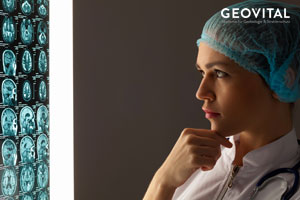 Already 300 doctors and 150 working in medical professions have signed the “Freiburger Appeal”, the first signatories include among many doctors who have been known for their criticism in Germany, such as Prof. Franz Adlkofer, Dr. Horst Eger internationally renowned physicians and scientists like Olle Johansson, Professor of Neuroscience, Karolinska Institute (Stockholm, Sweden). Gerd Oberfeld, MD., Environmental medicine at the regional government of Salzburg and Speaker for Environmental Medicine of the Medical Association Salzburg and the Austrian Medical Association (Austria). Claudio Gomez-Perretta, MD., director of the Centro de Investigación ‘at the University Hospital La Fe (Valencia, Spain), Yury Grigoriev, Professor, Chairman of the’ Russian National Committee protection against non-ionizing radiation (Moscow). Professor Dominique Belpomme, Professor of Oncology at the University of Paris Descartes (Paris, France), Joel M. Moskowitz, Ph.D., director of the Center for Family and Community Health, School of Public Health ‘of the University of California (Berkeley, USA), Andrew A. Marino, Prof. Ph.D., JD, professor at the’ Department of Neurology LSU Health Sciences Center ‘, Shreveport (Los Angeles, USA) Alvaro Augusto de Salles A., Ph.D., professor at the ‘Electrical Engineering Department’ at the University of Rio Grande do Sul (Porto Alegre, Brazil).
For the German federal government, Kühling Wilfried, Prof. Dr.-Ing., Chairman of the Scientific Advisory Board of the Association for the Environment and Nature Conservation Germany (BUND) and the Scientific Advisory Board of Dt. Society for Environmental and Human Toxicology (DGUHT eV) signed the petition.

Leonard has been working with me this year to make, primarily, my sleeping area a tolerable space for me to be as I have fibromyalgia and various chronic pain syndromes and my increasing electro-sensitivity was preventing me from gaining the replenishing quality of sleep that would help keep my symptoms under better control. Following the initial survey, the steps he recommended (which included mats under the bed and a circuit cut-off switch) so vastly altered our sleep environment that even my … END_OF_DOCUMENT_TOKEN_TO_BE_REPLACED

Seven years ago at age 70 I moved into a ground floor apartment in a lovely converted old house. I had a survey done and knew that there was underground water present but no likelihood of flooding. This was important as there was an access to a cellar under the property which was open to the elements. Between ages 60 to 70 I had not needed to see a doctor as I was working full time in the movement profession teaching 18 Pilates classes a week and monitoring the health and fitness of 250 pup… END_OF_DOCUMENT_TOKEN_TO_BE_REPLACED

We are so glad to have had our Home Health Assessment. Jeremy was very good at explaining what everything meant and very impressive with his skills. It feels very different sleeping with the electrical circuits off at night. Peaceful and restorative. It was fascinating to see where the optimal positions were for sleeping. The children have stopped having accidents in their beds and have slept through most nights. We are renting at the moment but for us a Geovital Home Health Assessment will be a… END_OF_DOCUMENT_TOKEN_TO_BE_REPLACED