Employees with many sick days

Previous Next
Employees with many sick days

Practical examples: Hartmann lines and water veins in the workplace

A department manager from the construction industry came in contact with the Geovital Academy by accident. He reported there was unhappiness in his department because for a long time the same employees became sick time and again. This discouraged the other work colleagues and also the efficiency and success of the department decreased progressively.

The Academy did an assessment of the office space in which some grid line intersections and a water vein were found. Of the 18 worker stations, 4 were the most affected. After determining the location of these, the department manager was speechless because exactly these 4 were the employees who were continually ill and had already been labelled by other employees as ‘pretenders’.

Without the employees knowing about it, Satellit – Radiation protection mats were installed on the ground. Loose electrical cables of computers and monitors were purposefully rerouted and partially shielded. Cost of the makeover was just AU$ 650. An observation period was agreed to, to see if there were any changes in the staff.

Significant improvement in the department after addressing radiation 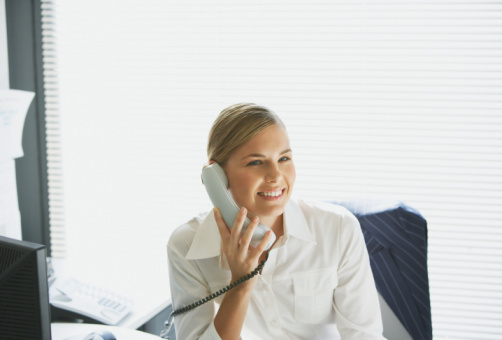 After shielding, fun returned at work

After a few week, Geovital received a call from a very happy manager. Not only was his department now fully staffed, there had also arisen a very positive change in the motivation of the employees. After a few weeks the manager was asked on several occasions “With what change in leadership approach is such a change able to be achieved…?”.

A year later the manager visited the Geovital Academy in Sulzberg to say ‘Hello’ and have a drink. He told us that the approximate AU$ 650 was the best investment the company had ever made. In terms of money, you can not fathom what the true extend of savings due to reduce sick leave, and especially efficiency and increase productivity of the team. In the meantime he got promoted, won a team-based award with his department and received a nice bonus from his boss.

Leonard has been working with me this year to make, primarily, my sleeping area a tolerable space for me to be as I have fibromyalgia and various chronic pain syndromes and my increasing electro-sensitivity was preventing me from gaining the replenishing quality of sleep that would help keep my symptoms under better control. Following the initial survey, the steps he recommended (which included mats under the bed and a circuit cut-off switch) so vastly altered our sleep environment that even my … END_OF_DOCUMENT_TOKEN_TO_BE_REPLACED

Seven years ago at age 70 I moved into a ground floor apartment in a lovely converted old house. I had a survey done and knew that there was underground water present but no likelihood of flooding. This was important as there was an access to a cellar under the property which was open to the elements. Between ages 60 to 70 I had not needed to see a doctor as I was working full time in the movement profession teaching 18 Pilates classes a week and monitoring the health and fitness of 250 pup… END_OF_DOCUMENT_TOKEN_TO_BE_REPLACED

We are so glad to have had our Home Health Assessment. Jeremy was very good at explaining what everything meant and very impressive with his skills. It feels very different sleeping with the electrical circuits off at night. Peaceful and restorative. It was fascinating to see where the optimal positions were for sleeping. The children have stopped having accidents in their beds and have slept through most nights. We are renting at the moment but for us a Geovital Home Health Assessment will be a… END_OF_DOCUMENT_TOKEN_TO_BE_REPLACED