This years annual Geobiology workshop in Austria held in English brought again professionals from all over the globe to Sulzberg.

It is for good reason that GEOVITAL is known globally for its high quality products, effective approach and training, including the unique training site we use in Austria. Every year Geobiologists from around the world make their way to Austria to learn something new or to sharpen their skills. 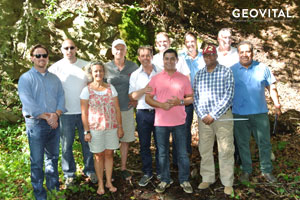 International group at the GEOVITAL training site in Austria

This year we were visited by:

The group was accompanied by 3 German students who had done the course already but wanted to experience it in English.

As course director of the second Geovital school (in Melbourne), I flew over to Austria for this occasion, to lead the seminar alongside Sascha Hahnen, Anne Maier and Dietmar Hohn. We ran two fantastic summer courses with summer weather and topped of by Geovital’s Sommerfest party on the shores of beautiful Lake Constance.

Particularly interesting was the sharing of information with the American Dr. Loredo Ritter who is highly recognised in his capacity as Neurologist and as President of the North American Sleep Medicine Society (NASMS). He runs 2 sleep clinics, one in Mexico and one in the USA. Many medical professionals will fly thousands of kilometers and spend thousands of dollars to hear him give one of his lectures.

He educates medical practitioners since 5 years that the prescription of medication is largely meaningless as long as issues like radiation exposure are failed to be removed or shielded against.
On his search for real professionals he kept coming across Geovital in Austria so he eventual decided to go to Austria and brought his architect that builds his clinics for him. We were privy to many interesting conversations and insights, in how this subject is currently playing in the USA. It also reconfirmed GEOVITAL is a global leader in training, research and protection from radiation and disturbance areas.

New Geovital studies in the USA

Also very interesting was Mr. Tariq Almheiri, who has connections to the royal circles of Abu Dhabi. In the United Arab Emirates radiation protection is a hot topic. He arrived in Sulzberg with a suitcase filled with measurement instrumentation, shielding materials and gadgets that he wanted to have tested here. His fears that most were not worth spending money on were confirmed by the Geovital measurements and this lead to the inevitable point; how protection materials can and should be tested for effectiveness and often the lack thereof. These simple testing methods are always part of the Geovital seminars. Hereby Tariq gained the knowledge he was looking for.

Every person in the course had their own story and brought much experience to the group. Andreas from Cyprus, Naturopathic Doctor, who has been assessing geopathic stress burdens for 20 years. Steve and Kishoo from the UK, who for many years have been involved in the subject of electronic pollution and health burdens, and who were looking to take their knowledge to the next level to complement their sleep research and home health consultancy.

Mr. Solomon Koena Kubheka from South Africa, himself very sensitive to radiation, suffers from the horrors of wireless technologies in his country. He reported about the madness with smart meters happening in his country (an issue causing major trouble in Australia and now also being introduced in Austria and Germany) and the fact that on the Table Mountain the amount of radiation has increased by 25,000 times in the last 3 years. He asks justifiably: “Where can one still go…?”.

All participants were very impressed by how the Austrians in Sulzberg deal with the subject. Inevitably the desire arose  to take this knowledge, skills and solutions back to their own countries and to promote GEOVITAL there.
All look forward to next years Sommerfest party in 2015 and to the next English seminar in beautiful Sulzberg. Until then…. Grüß Gott ! 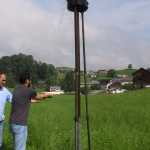 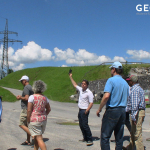 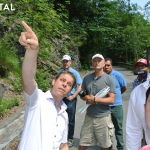 Natural features in the surroundings explained 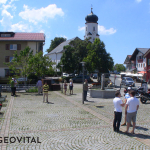 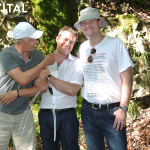 Fun at the Geovital training site 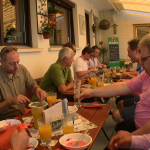 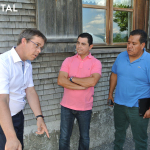 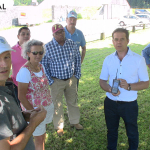 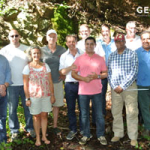 International students at the training site in Austria 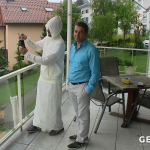 Shielding clothing does not work 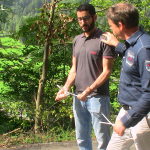 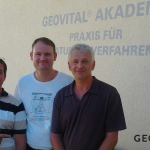 The most famous water vein in the world 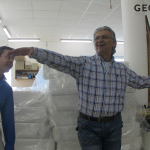 This is how the greeks sleep 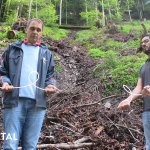 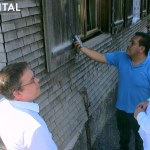 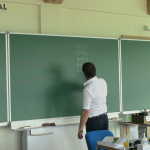 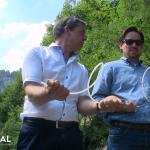 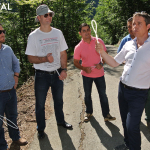 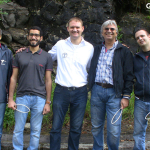 Leonard has been working with me this year to make, primarily, my sleeping area a tolerable space for me to be as I have fibromyalgia and various chronic pain syndromes and my increasing electro-sensitivity was preventing me from gaining the replenishing quality of sleep that would help keep my symptoms under better control. Following the initial survey, the steps he recommended (which included mats under the bed and a circuit cut-off switch) so vastly altered our sleep environment that even my … END_OF_DOCUMENT_TOKEN_TO_BE_REPLACED

Seven years ago at age 70 I moved into a ground floor apartment in a lovely converted old house. I had a survey done and knew that there was underground water present but no likelihood of flooding. This was important as there was an access to a cellar under the property which was open to the elements. Between ages 60 to 70 I had not needed to see a doctor as I was working full time in the movement profession teaching 18 Pilates classes a week and monitoring the health and fitness of 250 pup… END_OF_DOCUMENT_TOKEN_TO_BE_REPLACED

We are so glad to have had our Home Health Assessment. Jeremy was very good at explaining what everything meant and very impressive with his skills. It feels very different sleeping with the electrical circuits off at night. Peaceful and restorative. It was fascinating to see where the optimal positions were for sleeping. The children have stopped having accidents in their beds and have slept through most nights. We are renting at the moment but for us a Geovital Home Health Assessment will be a… END_OF_DOCUMENT_TOKEN_TO_BE_REPLACED