Horses get sick from phone tower radiation and geopathic stress 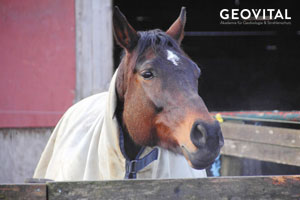 Gini does not want to go to the stables anymore.

Not only people suffer from radiation exposure. Animal and plants are also affected. Farmers and horse owners are particularly concerned with these developments as availability of stables and space for these, is limited.

It happens regularly that farmers call the academy for assistance because two or three stable boxes are always causing trouble in the horses or other animals that stay in them. It doesn’t matter which cow or horse is put there, they develop health problems in a relatively short time.

The case discussed here concerns a horse owner, who herself is a veterinarian in the Hegau region, near the southern Black Forest. Gini is a 6-year-old brown mare. This life-loving and sometimes playful horse of veterinarian Dr. Christiane Stehle, is kept in one of three small stable boxes with an outside paddock.
Within six months of being with her, Gini had already developed a second stomach ulcer. A rather worrying circumstance, which is not very desirable. It was also noticed that in hot weather or strong cold weather, the other two horses preferred to retreat to their box, but Gini preferred to stay outside in the paddock. 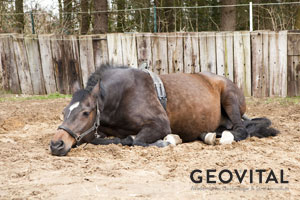 Like Gini, there are other horses that suffer from radiation

As a geologist and construction supervisor, problems with EMF are well known to me. In the construction industry you get to see the craziest home design ideas, which inevitably lead to health problems of the residents that will occupy the house later. Unfortunately, many of the architects don’t want to hear about it when I call technical and geological problems to their attention.
Despite all this, it is nice to see that by simple mitigation at a later stage, most things can be corrected to how they should have been from the start and people who have been suffering from radiation, often recover to good health.

Our mare Gini was fortunate that Dr. Christiane Stehle asked me to assess the box and the stables. In the box we found two underground water veins which crossed. Beside the usual grid lines, which can be found in pretty much every location, the radiation from a fault line was also present. The poor animal had to (or should) live here but was thankfully starting to display avoidance strategies when it came to this area. 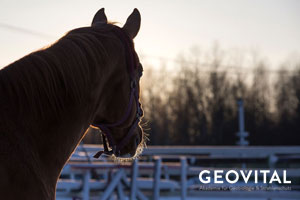 Radiation shielding of a horse box

My recommendation was to protect the stables with a satellite mat from GEOVITAL.

Three days later, when the GEOVITAL satellite arrived by mail, I installed it immediately and measured its effectiveness. All earth radiation was successfully shielded.

A few days later I received a joyful call from Dr. Stehle with the message ‘This morning, Gini was in the box to sleep and is even on the floor!’ which is what horses only do when they feel comfortable and safe. 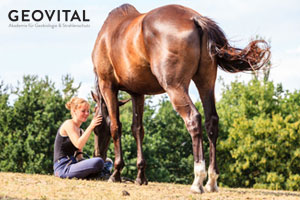 Gini the horse is healthy again

We shielded the stable in August 2015 and up to this day there have been no further similar health issues. I think it is absolutely wonderful when you can help someone else with such a simple remedy. 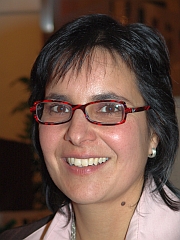 About the Author: Bernd Sauter

Bernd Sauter is a Geobiologist and Construction Supervisor in Germany with many years experience. He gets the most joy from being able to fix the unfixable problems and help other people.

Leonard has been working with me this year to make, primarily, my sleeping area a tolerable space for me to be as I have fibromyalgia and various chronic pain syndromes and my increasing electro-sensitivity was preventing me from gaining the replenishing quality of sleep that would help keep my symptoms under better control. Following the initial survey, the steps he recommended (which included mats under the bed and a circuit cut-off switch) so vastly altered our sleep environment that even my … END_OF_DOCUMENT_TOKEN_TO_BE_REPLACED

Seven years ago at age 70 I moved into a ground floor apartment in a lovely converted old house. I had a survey done and knew that there was underground water present but no likelihood of flooding. This was important as there was an access to a cellar under the property which was open to the elements. Between ages 60 to 70 I had not needed to see a doctor as I was working full time in the movement profession teaching 18 Pilates classes a week and monitoring the health and fitness of 250 pup… END_OF_DOCUMENT_TOKEN_TO_BE_REPLACED

We are so glad to have had our Home Health Assessment. Jeremy was very good at explaining what everything meant and very impressive with his skills. It feels very different sleeping with the electrical circuits off at night. Peaceful and restorative. It was fascinating to see where the optimal positions were for sleeping. The children have stopped having accidents in their beds and have slept through most nights. We are renting at the moment but for us a Geovital Home Health Assessment will be a… END_OF_DOCUMENT_TOKEN_TO_BE_REPLACED