Previous Next
Overprescription and Reducing Medication 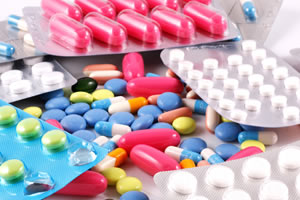 With the amount of drugs people are taking, the body has a lot of chemicals to deal with.

A persistent trend nowadays is the overprescription and overconsumption of different kinds of pills and medicines. Chronically ill people often have, or are presented with, no other choice. Consequently, they become stuck in a downward spiral–one in which their bodies struggle to cope with an excessive amount of prescribed medication while they, at the same time, cling patiently to the hope that their illnesses will subside.

Overprescription of medicines is often bad, not only for the financial well-being of patients, but more importantly, in terms of their health. In many cases, people don’t even realize that increasing the variety and amount of medication taken over time isn’t the way to overcome health problems.

Overprescription of drugs puts a stranglehold on life

A typical example of the above-mentioned situation is a patient of ours from Vienna. Long-term health complications were physically, financially and mentally exhausting both her, and her husband. The conventional medicine approach, including 30 surgical interventions, was having almost no effect whatsoever. So when this couple heard of the Geovital Academy, which concentrates its efforts on creating health supporting living and sleeping environments, they arranged a personal consultation immediately with the director, Sascha Hahnen.

As it turned out, Sascha had work-related activities in Vienna, so a visit to the couple’s home was easily arranged. Initial measurements in the bedroom confirmed  suspicions–the presence of all sorts of radiation was preventing a healthy, regenerative sleep. It was also noticed that the expensive visco elastic mattress was heavy from moisture retention–it was clearly unhealthy. Faced with all the evidence, Sascha Hahnen had no option but to recommend the complete radiation shielding approach, which included painting with T98 shielding paint, the use of circuit cut-off switches and one of Geovital’s toxin-free mattresses. 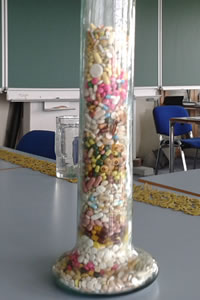 The pills Mrs B didn’t take as a result of addressing radiation burdens in her home.

While the couple was writing down Sascha’s approach, he learned from them that their combined medical history was extensive; so extensive in fact, that it had been recorded in binders kept on shelves–to keep things organised. Each day (in the morning, at lunch, and in the evening) the lady of the house had to take a lot of medications. However, even though her health situation was severe, Sascha Hahnen expressed the hope that Geovital’s solutions would be successful in helping to reverse the state of her health–from one of degeneration to one of restoration.

Mr Hahnen! You nearly killed me!

Half a year later, Sascha Hahnen received a call from Mrs. B. At first, he was unsure what to make of it since the excited Mrs. B. proceeded to tell him…almost every day, all sorts of matter was being expelled from her body in all manner of colourful ways that a body can expel matter. Her husband was so concerned at times that he had even considered calling the ambulance. Despite her obvious discomfort, Mrs. B. remained very thankful; she realized that the whole process was one of detoxification–her body was getting rid of harmful and toxic substances. Soon afterwards, she said she felt wonderful and wanted to personally thank Mr. Hahnen. A few weeks later they met in Sulzberg…and she brought along a little ‘gift’. She presented Sascha with a glass spaghetti container 56 cm tall…full of colourful pills.

Overprescription of medication reduced in consultation with the doctor 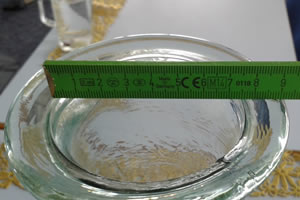 The amount of drugs prescribed to counter each others side-effects, was enormous.

After a serious consultation with her doctor in which she expressed her concerns about the overprescription of medications, Mrs B. slowly started, with the consent of her doctor, to reduce the number of pills she needed to take. The overprescribed drugs which she didn’t need were put into the glass container. Before long, her appearance began to improve–she looked healthier and slimmer. Both she and her husband thanked Sascha and Geovital repeatedly for the improvement in her health and for the money Geovital’s solutions had saved them.

Over the ensuing years, Mrs B. and her husband have sent many new clients to Geovital by recommending home assessments to their friends. To this day, Mrs. B. never forgets to visit GEOVITAL for a coffee whenever she’s in the area.

There is a certain, although slow development in the right direction, with integrative doctors considering more of the factors that could be influencing their patient’s lives, and their health. The majority of doctors however, are still focused on fighting the symptoms and not investigating the underlying causes of the complaint. When one drug is prescribed to suppress a symptom, needless to say, there is a good chance of the symptom returning because the cause has not been removed. Drugs often also cause side-effects. Once side-effects start presenting themselves, more and different drugs are prescribed to deal with the side-effects. Interactions among the various drugs/chemical constituents then cause their own side-effects and the cycle becomes even more viciously entrenched. The ramifications of overprescribing with the resulting web of system upon system failing, all too often has dramatic and devastating consequences. But we all know who benefits from a chronically ill population that consumes more and more medication… 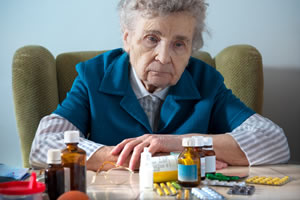 Drugs to cope with other drugs. Medication prescription with no end in sight.

Studies in the USA show, within one year of being prescribed, hundreds of millions of prescriptions are either wrong, entirely unnecessary or unnecessarily dangerous.

Some adverse drug reactions are not very serious while others are responsible for the death, hospitalisation or major injury of over two million people in the USA each year. That includes more than 100,000 deaths, making it one of the leading causes of death in that country.

According to a Dutch study of people prescribed antibiotics for respiratory tract indications, in 46% of the cases, the prescription of antibiotics was not indicated by the guidelines.

Entire countries, Australia included, have been put on notice by the United Nations for the overprescribing of ADD and ADHD medication to children.

We are certainly not encouraging anyone to stop taking their medication without first consulting their doctor. However, we strongly believe that the causes of illness should be addressed, and that when overprescribing does occur, it clearly should be investigated and questioned.

Medication cannot heal… only the body can heal!

About the Author: Miroslav Dudra

Leonard has been working with me this year to make, primarily, my sleeping area a tolerable space for me to be as I have fibromyalgia and various chronic pain syndromes and my increasing electro-sensitivity was preventing me from gaining the replenishing quality of sleep that would help keep my symptoms under better control. Following the initial survey, the steps he recommended (which included mats under the bed and a circuit cut-off switch) so vastly altered our sleep environment that even my … END_OF_DOCUMENT_TOKEN_TO_BE_REPLACED

Seven years ago at age 70 I moved into a ground floor apartment in a lovely converted old house. I had a survey done and knew that there was underground water present but no likelihood of flooding. This was important as there was an access to a cellar under the property which was open to the elements. Between ages 60 to 70 I had not needed to see a doctor as I was working full time in the movement profession teaching 18 Pilates classes a week and monitoring the health and fitness of 250 pup… END_OF_DOCUMENT_TOKEN_TO_BE_REPLACED

We are so glad to have had our Home Health Assessment. Jeremy was very good at explaining what everything meant and very impressive with his skills. It feels very different sleeping with the electrical circuits off at night. Peaceful and restorative. It was fascinating to see where the optimal positions were for sleeping. The children have stopped having accidents in their beds and have slept through most nights. We are renting at the moment but for us a Geovital Home Health Assessment will be a… END_OF_DOCUMENT_TOKEN_TO_BE_REPLACED