The Swedish research group led by Professor Hardell evaluated the latest data on the effects of mobile phone radiation on the brain (1). This showed an up to 7.7 times increase in the risk of brain tumour development with long-term use (for over 20 years) of mobile phones and cordless phones. These findings do not only confirm the World Health Organisation’s (WHO) classification of non-ionizing radiation as a “possible carcinogenic” (group 2B) as of May 2011. Professor Hardell also states that mobile phone radiation should now be classified higher than group 2B and be raised to “Carcinogenic”. 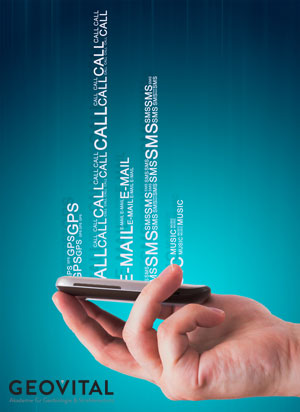 Prof Franz Adlkofer, who led the REFLEX-study of the EU and who initially proved the cancer potential of GSM and UMTS in a laboratory setting, has had his work validated by the work of Hardell. Adkofer states: “Among adults, the latency period from tumour initiation until diagnosis can be up to two to four decades. With the increased length of radiation exposure , the reliability of the risk assessment increases. Therefore, the validity of the current study far outreaches that of all previous studies.” (PDF)

The chairman of the environmental and consumer protection organisation ‘Diagnose-Funk’ states: “The findings are cause for alarm, as wireless games, smart phones and tablets are so popular with children and the younger adults, and are used so intensively. These alarming results of a renowned epidemiologic study require parents, educators, children and adolescents to be consistently more aware”.

Geovital has been warning people for years, especially when it comes to mobile phones, to not go without physical radiation shielding. While the mobile phone shielding pouches do not provide 100% protection, but do lower the exposure risk significantly by 70 to 90% depending on the size and strength of the phone. The head and brain especially, are then less burdened. It’s a simple and inexpensive way to give yourself some protection.

It is interesting to note that in light of research like this, one of the world’s largest insurers, Swiss Re, has put wireless technology in the highest risk categories.

Leonard has been working with me this year to make, primarily, my sleeping area a tolerable space for me to be as I have fibromyalgia and various chronic pain syndromes and my increasing electro-sensitivity was preventing me from gaining the replenishing quality of sleep that would help keep my symptoms under better control. Following the initial survey, the steps he recommended (which included mats under the bed and a circuit cut-off switch) so vastly altered our sleep environment that even my … END_OF_DOCUMENT_TOKEN_TO_BE_REPLACED

Seven years ago at age 70 I moved into a ground floor apartment in a lovely converted old house. I had a survey done and knew that there was underground water present but no likelihood of flooding. This was important as there was an access to a cellar under the property which was open to the elements. Between ages 60 to 70 I had not needed to see a doctor as I was working full time in the movement profession teaching 18 Pilates classes a week and monitoring the health and fitness of 250 pup… END_OF_DOCUMENT_TOKEN_TO_BE_REPLACED

We are so glad to have had our Home Health Assessment. Jeremy was very good at explaining what everything meant and very impressive with his skills. It feels very different sleeping with the electrical circuits off at night. Peaceful and restorative. It was fascinating to see where the optimal positions were for sleeping. The children have stopped having accidents in their beds and have slept through most nights. We are renting at the moment but for us a Geovital Home Health Assessment will be a… END_OF_DOCUMENT_TOKEN_TO_BE_REPLACED